Sym is a command line utility and a Ruby API that makes it trivial to encrypt and decrypt sensitive data. Unlike many other existing encryption tools, sym focuses on usability and streamlined interface (CLI), with the goal of making encryption easy and transparent. The result? There is no excuse for keeping your application secrets unencrypted :)

Keeping secrets outside of your repo may provide you with a false sense of security. After all, anyone who gains access to your hard drive can download all of your secrets. A story about how your mom can now protect her application secrets by using this simple and effective symmetric encryption tool.

Are you impatient? If so — I direct you to view a 4-minute long ASCII Cinema session I recorded that showcases sym in its beautiful CLI glory :)

Now, keeping secrets outside of your repo may provide you with a false sense of security. After all, anyone who gains access to your hard drive can download all of your secrets. Think of a coffee shop, with a public WiFi, combined with a lack of recent security updates for your operating system — and you are instantly at high risk. Besides the fact that decrypted secrets are easily accessible on your file system, this gitignore method deprives us, developers, from a very useful ability to track historical revisions of any changes to secrets files, and to be able to rollback to a previously working versions. Not to mention having to sync secrets across all developers when they change!

"Passwords are like underware: don’t let people see it, change it often, and you should’t share it with strangers."

As I write this, security is on everyone’s mind, and for a very good reason. The news is riddled with all sorts of high profile break-ins and backdoors. Just a few days ago WikiLeaks released findings that CIA and NSA may have been hacking into your phone, rendering encryption used by the secure messaging apps like Signal and WhatsApp completely useless.

While these are sedrious issues that we as a society should debate, I found myself in need of an easy-to-use encryption tool, required for a much simpler problem. I was building a deploy automation for a web app, and one of the major inconveniences with that application was that various secrets were sprinkled around the file system, their filenames added to the .gitignore file so that they don’t get accidentally checked into the repo. It took a good amount of time to get a local environment fully setup with all the secrets, so that the app would function locally.

So I went on a hunt — looking for a magical encryption tool, ideally written in ruby, that I could use to encrypt secrets, which would then enable us to check-in application secrets, encrypted, into the repo. Without the encryption key these files are useless. After looking around for some time, I came to the conclusion that a tool that was simple enough to use, was able to read the private key from many sources — such as a file, environment variable, or even Mac OS-X Keychain, and offered password-protection for the keys, and can cache passwords for 15 minutes so that we don’t have to retype it ten times during the deploy, this tools — it simply did not exist.

Well, technically it did not exist until now :)

So let’s review some high-level encryption terms that we’ll use further in this discussion.

The two most commonly encryption method are — Symmetric and Asymmetric encryption: 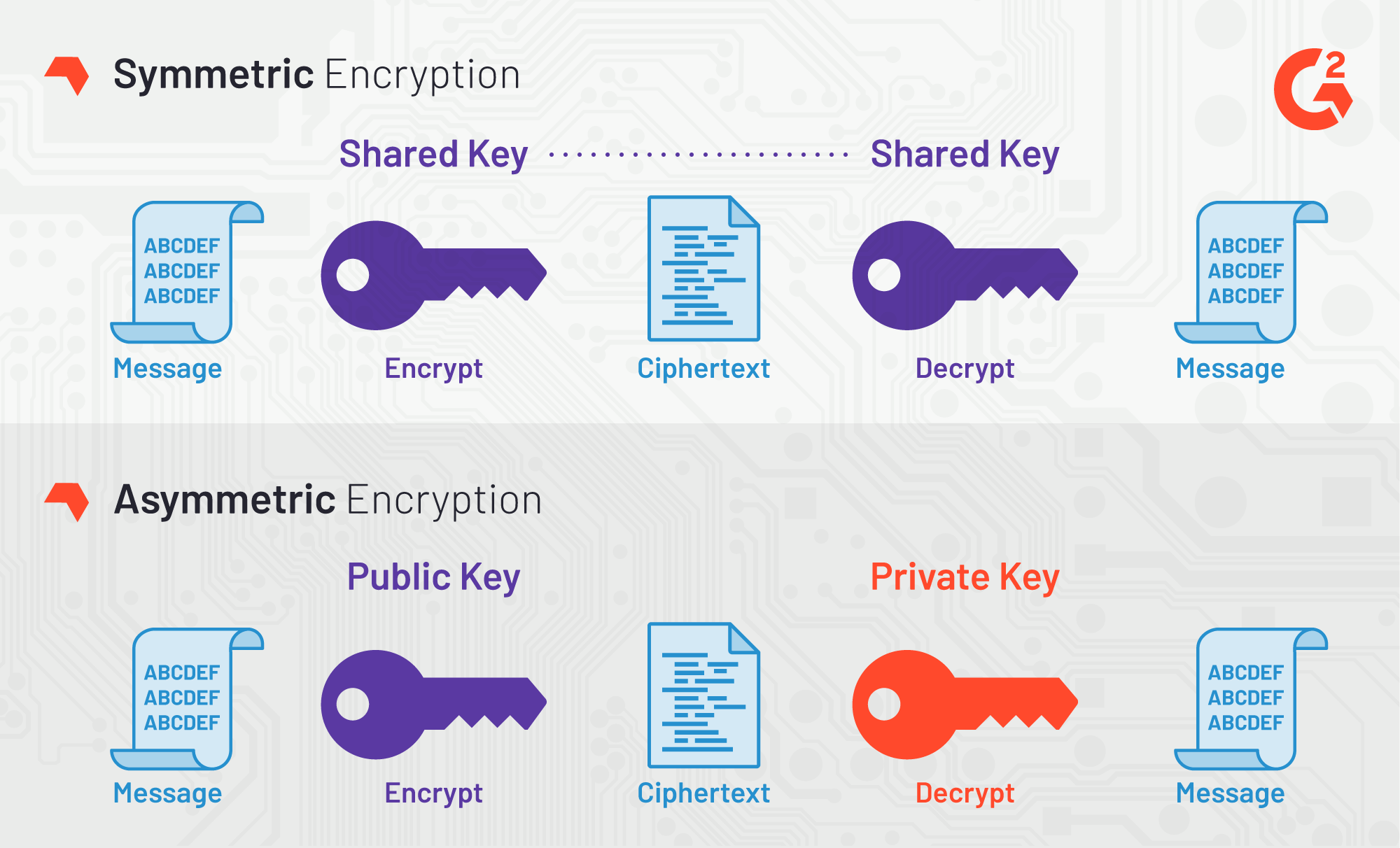 If we are dealing with an encrypted file that needs to be read by the application in both cases you’d need to have a key lying around — either the private key (from the public/private pair), or, in case of symmetric encryption, — the key used to encrypt the data.

While public/private key has some advantages to symmetric encryption, for application secrets it appeared to be an overkill. Perhaps this is my personal judgement, and maybe some of you would disagree — in which case please do leave a comment down below.

But it is for these reasons that I decided to build a simple wrapper around OpenSSL’s symmetric cipher, and release it under the name sym — a ruby gem.

But before we jump into the gem, I would like to explore a couple of use-cases that exist when encryption/decryption of secrets is introduced into the deploy flow of any application.

We start by assuming that you have an encrypted file in your source repo, on your laptop. Perhaps using sym or otherwise you are able to decrypt this file, by providing a key. Now we can outline a few common scenarios:

Final point I would like to make here, is that — given that the private key is very high-risk piece of data, — it may be a good idea to encrypt the key itself, but perhaps with the password that you can remember. This adds a rather significant layer of security, because finding the encrypted key without a password proves just as futile as trying to brute force the encrypted file itself. It should not be surprising then, that sym library supports password encryption with additional flexibility around caching the passwords (or not), and if caching — letting you specify for how long.

And now, since we already understand various threat vectors and scenarios, without further ado, I would love to introduce you to the new kid on the block: sym — symmetric encryption made easy.

Sym is a ruby library (gem) that offers both the command line interface (CLI) and a set of rich Ruby APIs, which make it rather trivial to add encryption and decryption of sensitive data to your development flow. As a layer of additional security, sym supports encrypting of the private key itself with a password. Unlike many other existing encryption tools, sym focuses on usability and streamlined interface (in both CLI and Ruby API), with the goal of making encryption easy and transparent to the developer integrating the gem. sym uses symmetric Encryption with a 256-bit key and a random 'iv' vector, to encrypt and decrypt data.

Finally, sym compresses the encrypted data with zlib and converts it to base64 string. While compression can be disabled if needed, turning off base64 encoding is not currently supported. Therefore both the keys and the encrypted data will always appear like a base64-encoded string.

What’s In The Box: No Assembly Required

Let’s dive into the library! I promise this will be brief!

So how does sym substantiate its claim that it streamlines the encryption process? I thought about it, and turns out there are quite a few reasons:

As you can see, I tried to build a tool that provides real security for application secrets, including password-based encryption but does not annoyingly ask for a password every time. With --edit option, and --negate options you can treat encrypted files like regular files.

Thanks for reading, and I hope you find this tool useful! Please feel free to submit issues or requests on GitHub at github.com/kigster/sym.

The gem is available as open source under the terms of the MIT License.

The library is designed to be a layer on top of OpenSSL, distributed under the Apache Style license.